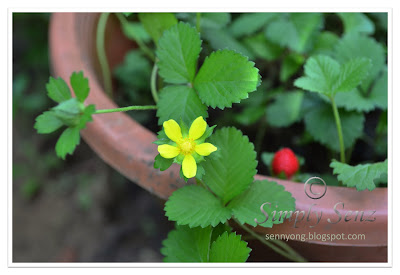 Snake berry also known as Indian Mockstrawberry, in the same family of the Rosaceae plant, it is a perennial herb and fleshy fruit is round in shape looks like strawberry.

It is a medicinal herb as in TCM. Snake berry is a wild berry. It plays a good role for abscess treatment and works like febrifuge herb for treating of fever, it helps to alleviate heat and cooling blood with great detoxification purposes.

The whole plant, roots, fruits, and the leaves can be used as alternative herb in natural healing.  Sun-dried or used fresh. It is a potherb, the leaves used to be cooked as decoction drink for treating of edema, swell, skin, wounds, and abscesses. it can be used for treating skin diseases.

The fruit is edible with slightly sweet in taste. 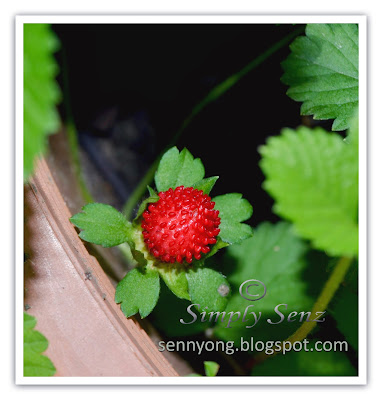 Taste:    It is bitter sweet and Potency cold.

1.  Acts as an anticoagulant as blood thinning effect to cardiovascular system and smooth muscle.
2.  Natural antiseptic for treating skin disorders and healing of wounds, ringworm,
insect bites, skin diseases and eczema.
3.  Anti-inflammation for soothing of sore throat and tonsillitis infection.
4.  Relieving hemorrhage and it is depurative for external application.
5.  Styptic effect in external application to cure snakebite, and insect bites.
6.  Treating of boils to reduce swelling, gives a role of inhibit inflammation, infections and
relieve pain.
7.  Can be used as natural pesticide to get rid of mosquitoes larvae and maggots.


Beautiful to look at but poisonous


It is alleged to have many medicinal properties for certain illnesses and inhibitor to tumor. As such, Snake Berry might be poisonous and it looks attractive and pretty. Whenever using any natural healing with herb plant or fruits/berries, it should be used with care for internal ingestion especially ingestion of the unripened snake berries.

In terms of medicinal usage which is widely used as one of anti-cancer herbs like cancer esophagus, stomach, liver and other digestive malignant cells was inhibited, its has the mechanism action in inhibiting of the cell and DNA synthesis in two ways. In additional, it improves the immunity system, helps to increase the cancer patient's body resistance to able to fight against and inhibit tumor abilities. Some old folks used this to treat lung syndromes and relieve of cough or coughing with bloody sputum (hemoptysis).

According to the pharmaceutical researches. It has stated that Snake Berries consisting of mild toxic, and a little bit of poison. However, if in comparison to its toxicity with its high medical value. Partly of the healing properties in detoxify, stasis swelling, as such in the pharmaceutical properties of its healing prospect. It still supple a level of beneficial effects and acceptable for certain kind or particular of skin problems in natural healing.


*  Folk medicine way of using the fresh Snake Berry leaves for ingestion, by boiling the leaves with rock sugar and drink it.
*  Fruits/berries mashed it for external application to skin disorder, boils, skin disorder like carbuncles ( with the pus-filled lumps, larger than boils.) ringworm, insect or snake bites.


Instead of unreasonable risks, it is best to avoid ingestion of unknown wild berries, if necessary, it must seek appropriate consultation or guideline from the physician as in using any alternative healing. I am therefore planting Snake Berries both for edible and ornamental plant as varieties.